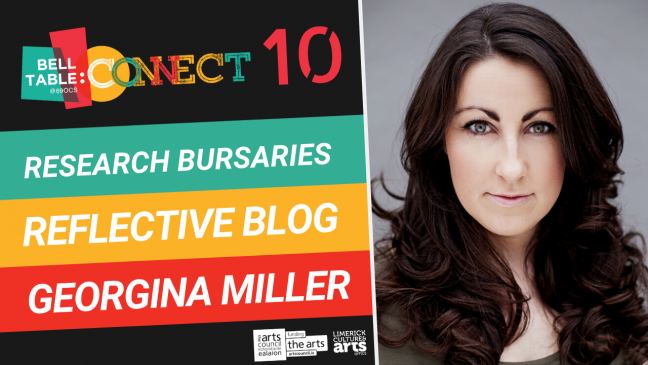 I’m extremely grateful to Belltable Connect for this bursary, which has allowed me the time to work on developing a one-woman show around life-threatening and life-affirming experiences I had whilst travelling eleven years ago.  I collaborated with Terry O’Donovan as dramaturg on this project, building on our professional relationship which began whilst working on Bread not Profits in 2019.

I broke up my work days over three weeks, during which time I responded to certain tasks set by Terry: gathering relevant images, music and objects which might be used in the retelling of the story; completing the writing of my travel journal, which had been abandoned when paralysis immobilised my hands at the onset of my illness; researching tsunamis, earthquakes and Guillain-Barré Syndrome, all elements which feature in the story; and writing scenes and monologues which we can play with in the next stage of development, when we take the piece into the rehearsal room.

On the final day we clarified the five acts of the story and devised a treatment for it outlining what the play will be about, how it will be told and what the next stages for development are.